Ahead of his latest single, Higher, which has gained critical acclaim over BBC Radio 1, we had a chat with Swedish producer Tobtok about his opinion of the current electronic music scene, where it might be heading and whether Tobtok himself wants to see his music reach chart success.

We’d like to know how important you think the roles of music blogs and YouTube channels are for up and coming artists?

I think they play an essential role in terms of growing your fan base and getting exposure. I can’t imagine being where I’m at today without the continuous support and love I’ve gotten from various blogs and channels. Actually, when Majestic Casual featured one of my remixes on their channel it opened a lot of doors for me!

What is your honest opinion of print media – do you think the likes of Mixmag, DJ Mag and NME have a real standing to remain as they are in the future?

I think that the print media will always be popular as they’ve played a big role throughout the years, and there’s nothing quite like the feeling of going out and physically buying a magazine you love. But on the flip side, everything in this day and age is so accessible on the web – I for one live in front of my computer – and the massive online-blogs are becoming serious competitors for the physical mags. In an idealistic world, I hope there can be a place for both in the future.

In terms of building yourself as an artist, in today’s current market, do you think it’s more important to have a strong social following, or selling records?

Recently I’ve met some big players in the music-industry, and they’ve all said similar things. The market has been in a constant change, and today streaming is what’s going to take over the psychical releases completely. Services like Spotify is already like the biggest source of music here in Sweden, and the labels here only care about getting their stuff up there rather than printing CDs.

For me social-media has been the key to reach out to my fans and it’s a more personal and direct communication from the creator to the consumer than someone buying a 7 inch of one of my remixes in some dodgy record-store haha, even though that would be so much cooler.

What kind of music did you grow up to and has that had any effect on the style of your productions?

I grew up listening to metal and rock, and the music I make today is probably the complete opposite. I think that it’s a kind of a reaction to my sort of dark teenage years, and got in search of a whole new world that is electronic music. Naturally, like most people I could not escape the magic of Michael Jackson and Daft Punk (I thank MTV for that!).

You toy around with a number of different genres in your DJ sets, but if you had to pick and stick to one particular style for the rest of your life, what would it be, and why?

Damn, that’s a hard question! I think I have to go with old disco, because there are just some tunes you never get tired of, Chic – Everybody Dance for example.

Do you strive for chart success?

It’s not my main goal and priority, but as a producer and musician it’s always nice to get recognition for your work. I’d rather see that my music reach out to the right crowd and if it happens, then I will embrace it.  I was delighted to receive six plays on my new single Higher from Radio 1.

With the Americans knee deep in EDM, how long, if at all, do you think it will take for them to covert to the sound you’re championing?

To be honest I think it’s already happening! About 70% of all my fans come from the USA, and alternative electronic music like Nu-Disco and Deep House is going to be the next big thing there. I can imagine that people are getting tired of all these EDM tracks that all sounds the same!

I’m from the UK so I’d love to know what your opinion is of the UK-club and music culture?

I really envy the UK-scene right now, it’s quite inspiring for me as a Swede. There are so many great DJ’s that are rising up from the dark, and the fans there are so genuine and passionate about the music. I’ve had so much fun every time I’ve played in the UK, and I’m planning on coming back here as much as possible!

What’s it like working with the Kitsuné family and how did that come about?

They are a lovely and sweet team, and I’m happy I got the chance to make some cool things with them. It started when they asked me to do a remix of Years & Years – Real which was quite successful!

If you could pick any of the Kitsuné roster to produce with, who would it be?

I’d have to go with Years & Years actually. I’ve already made two remixes for them and feel that their vibe fits perfectly with mine.

Do you have a favourite record label?

Yes! An old disco-label called Salsoul Records. They have some really cool old disco-tunes which haven’t really got any recognition, apart from one massive track called Love Sensation by Loletta Holloway. I’ve used a couple of acapellas from their catalogue in my productions… Looking at more recent labels, I’m a lot into French Express, which has great artists like Jonas Rathsman and Moon Boots. I went to their night in Miami during WMC and got to meet them, great guys!

Have you any advice for young artists and producers out there? We’re talking specific advice on how they should go about getting their name out there.

My best advice would be to be consistent and just put content out there. It’s no rocket-science how to get acknowledged. Just put quality music out there and believe in your own potential and creativity.

Can you shed some light on any upcoming releases you’re excited about?

I have my EP on Kitsuné coming out in a few weeks – exciting times! I have also done a few remixes for a couple of really interesting artists…The one that’s coming out within a couple of days is my take on Charlie Winston’s latest single called Lately. It’s a very special remix because it’s my first production in 150 bpm. It’s going to be bouncy!

‘Higher’ is out now on Good Soldier Records. Grab yourself a copy on Beatport or iTunes. 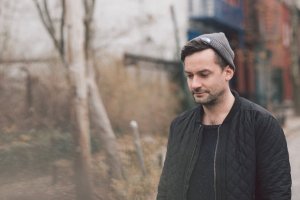 'Pelican' is slightly underwhelming, for Bonobo standards anyway. Granted, it's nicely textured; there's a bunch of never-ending...
The Vibe Guide 2012-2014 Privacy Policy
Back to top