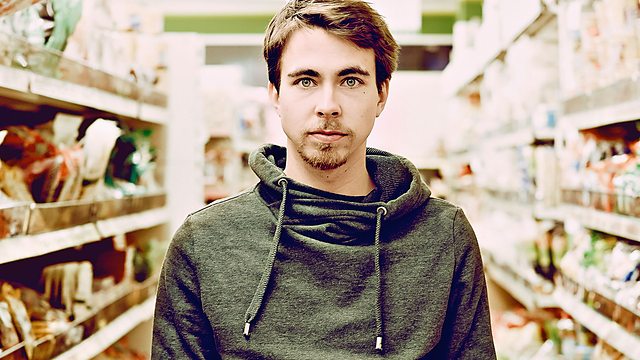 We spoke with German electronic music producer, Wankelmut. With recent chart success coming from MK’s remix of ‘My Head Is A Jungle’, his notoriety has visibly increased over the past year, or so. We profiled his brief past, present and, of course, future.

The standard first question: Can you tell us about how you got your first break in music?

The first time I presented music to the public was at Christmas 2011 with the my “One day / Reckoning Song” Remix for Asaf Avidan, and that has since sold 1.5 million singles. Before that, I’ve only been deejaying in small underground clubs in East Berlin.

With your upcoming appearance at The Qube Project next month, we’ll keep things fairly UK-centric. With that in mind, what are your thoughts on the UK club scene?

That’s a difficult question because every night is different. Overall, I really like the UK club scene for the dedication and the amount of fun people have; I also really much enjoyed my short Ireland tour last month.

Would you say the UK crowd differs from other audiences around Europe, and indeed the world?

I feel a positive “let’s go crazy” kind of attitude whenever I play in the UK. People in the UK enjoy the good vibes and atmosphere that a DJ can create, and they’re totally willing to follow you throughout a night.

I imagine you played your fair share of festivals this summer, which was your favourite?

Tomorrowland was an obvious highlight and of course my own ‘Seelensauna’ Open Air which we started this year in Berlin.

If you could collaborate with anyone, who would it be and why?

I just did a Remix for Hozier so I’d love to collaborate with him, he has such a great voice!

Your essential mix was great. How does it feel to have been asked to partake in such a special mix series?

Of course it was such an honour in the first place. That has to be a milestone in every DJ’s career. I had goosebumps hearing Pete Tong doing the introduction and it reminded me a lot of those classic Essential Mixes which I listened to so much in the past.

Has MK’s remix of My Head Is A Jungle made any visible impact on your career?

A UK Top 5 Single should have an impact on every artists career, more bookings, of course. Remix requests have been coming in a lot quicker, too, plus lots of interview requests etc… I really like the fact that MK and myself are somehow sharing this success. Again it’s an honour for me to have that spotlight alongside this legendary house music producer who has been in the business over twenty years.

What do you think of the current ballooning interest of dance music around the world? Do you think it’s heading in a healthy direction?

It depends on the point of view. Is that Steve Aoki “throw cake in your face” stunt something to make things better or worse? I rather like the idea that a lot of new talent has a far better chance to “shine” in public. For example in the UK people like Huxley, Shadow Child or George Fitzgerald are throwing so much good music around. The future is bright for quality stuff.

Have you any upcoming releases you’re especially excited about? Or anything else we should be keeping our eyes out for?

I did a couple of remixes for Karin Park, Lenny Kravitz, The Writers Block and recently for Hozier and also Royksopp. That whole bunch will be out over the next 3-4 months. For 2015 I am preparing a new Wankelmut single and a great underground collaboration I can’t share the details of which I’m enjoying and can’t wait to release.

Wankelmut is due to perform at The Qube Project in London on the 15th November, for more information click here. 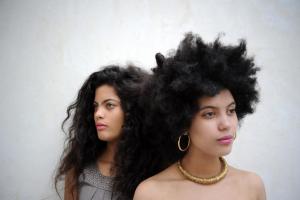 French-Cuban twins, Ibeyi have without a doubt a "musical sixth sense". Signed to Richard Russell's XL Recordings their...
The Vibe Guide 2012-2014 Privacy Policy
Back to top