Perhaps this re-work will mark your life for 7 brief minutes, you should know that the original do really left a trace on someone’s soul, indeed, it did on a whole country, becoming the anthem of the -decades long- South African struggle against Apartheid.

The man behind it wasn’t even from those lands, he was a Detroit pal with mexican ancestry, named Sixto Rodríguez, aka “Sugar Man”. And his story is worth reading, or watching (‘Searching for Sugar Man‘ won 2013’s Oscar for Best Documentary). That’s why I’m telling you all this fascinating shit.

Rodríguez first came to notice at the early 70s, he had the makings of a folk-rock star,“the next Bob Dylan”. But somehow, stardom eluded him and his abums, ‘Cold Fact‘ and ‘Coming from Reality‘, sold 6 copies in the US… even the rumours -which told he had died-, sold better: “of a heroin overdose”, “he set fire to himself on stage” they said, bullshit. As he recalls now, he returned quietly to Detroit and became a labourer. “I did a lot of heavy-lifting – construction, demolition, that kind of thing. Dusty, dirty work.”

“Meanwhile, totally unknown to him, his music was gaining a huge fanbase in South Africa where its politically charged lyrics had struck a chord with a growing anti-apartheid movement. His South African fans believed him dead, and neither word of his popularity in that isolated country nor royalties from hundreds of thousands of his albums sold trickled back to the US.”.- The Guardian

Rodriguez is already over 70, but this new success, four decades later than expected, doesn’t seem to interest him. “I haven’t reached the plateau yet, I feel fit and ready.”

History class is over, let’s drop the remix review. Goldfish mates have worked on this production with great respect –retaining most of the characteristic folkloric elements of the piece- and the explanation of this may go beyond how good the original version is, Goldfish master-minds, Dominic Peters and David Poole, are -indeed- South Africans; they’ve explained that the tune is a “Tribute to unsung hero Rodríguez, us ahead of American tour”.

‘Sugar Man’, has been re-sweetened with the addition of high-rhythm beats and Goldfish’ danceable electro-touch, and the the best of all: everything is contained in an eternal 7 minutes-long pack :’)

Almost 50 years later, South African activists have switched streets for dance floors. Who would have imagined it? 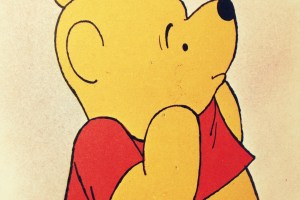 While there is no doubting the brilliance of HNNY's past releases, '12.00' on his own imprint - Yummy - has an irresistible...
The Vibe Guide 2012-2014 Privacy Policy
Back to top