ODESZA has been until now in my A list of artists, as they always give away joy or some emotion through each and every record; recently with ‘Say My Name’, they initiated a remix contest, allowing artists to have fun with it for our greatest pleasure, and what a record ! The beauty of it dwelling within Madelyn Grant’s chopped vocals, shipping us off into another dimension, whilst still amazed by those astounding drums and smashing refrain.

Independently of what genre suits you better, it is a pure delight to have the opportunity to compare different artists and styles of music on the same exciting original. Thereby offering a justification to the melomaniac I am for not choosing my favorite between the different outcomes !

To begin with, lets start with Max Liese; the German producer gives a sweet funk to it, while slowing it down to appreciate a softer version of the vocals. Why don’t you make your own opinion ? This slowed beat apparently suited him better for the guitar to kick in earlier instead of the drums, leveling with Grant’s echoing voice.

Then, Mattanoll, a French producer comes in with a disco, tropically slowed down version of ‘Say My Name’ : in this one too, the guitar holds a much bigger spot than in the original, however allowing the marimba and shakers to transform it completely. The summery vibe takes over on the original chopped vocals, positively confirming the remix treatment from an upcoming artist. Finally, the guitar’s final riff is sublimed, working its magic through every fibre !

Ultimately, The Geek x Vrv does well for oneself with this Hip Hop version, preserving the original atmosphere of ODESZA’s record, adding their personal touch on this chillwave piece. What gives it this obviously different feeling is because of that unique spin on a fraction of Grant’s vocals wrapped up in a layer of music.

Don’t forget to follow the contest’s result, and give your support to your favorite one ! 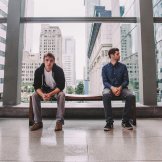 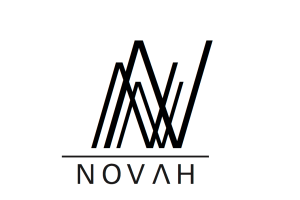 I recently met up with a very interesting scandinavian band called Novah to talk about their upcoming Single "Cold...
The Vibe Guide 2012-2014 Privacy Policy
Back to top