In his poem “La Bégueule”, Voltaire says that perfect is the enemy of good. Mark these words, because that’s exactly what happened with the Pr0files. After hitting the ground with “Call Yourself a Lover” back in 2013 , the duo from L.A. revealed “Luxury”on their soundcloud profile last month. “Luxury” is a tune written about love, one of the most luxurious things in life.

After one month the band decided to share a remix edition of “Luxury”, on the verge of their first EP release. And that’s how an exceptional tune became even better. “Luxury” was transformed into a sexy, nu-disco dancefloor track, full of colourful synths and playful effects on Lauren’s delicate and sensual vocals, delivering a dreamy, “five-star” remix, which is available for a free download via soundcloud.

Pr0files’ first EP “Luxury” is due to be released on September 16 via Straight A Records, an independent record label based in Los Angeles. You can also pre-order the EP via iTunes and for the vinyl lovers, a limited 7” will be on release. 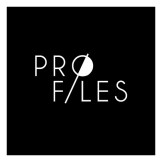 Here at The Vibe Guide, we are proudly presenting to you the latest record, and exclusive premiere of Av.i, a 23 year old french...
The Vibe Guide 2012-2014 Privacy Policy
Back to top