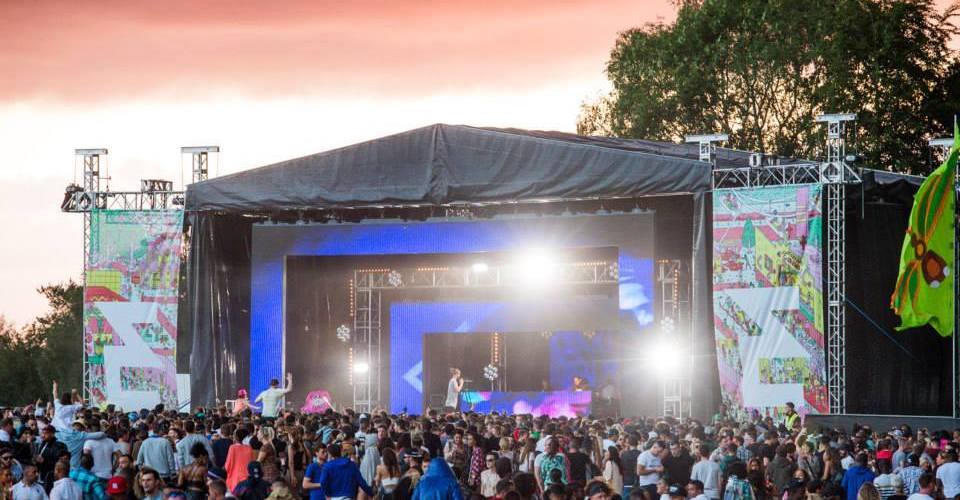 Celebrating electronic music, Eastern Electrics invited just under 10,000 ‘boom-boom’ seeking festival goers, a host of international dance music talent and – as is expected in England – frequent blemishes of rain to its showground at the lovely Hatfield House.

The festival’s lineup was clued-in but unfussy, offsetting party DJs with more exploratory acts and showcasing a number of impressive lesser-knowns. Saturday kicked off with house and techno starlet Laura Jones who was bestowing her unique stage presence belting out tech-house with exquisite waves of rumbling low-end punctuated by spirited kicks. The atmosphere derailed a little when the sky’s opened but the silver lining was catching Secretsundaze co-founder James Priestley at The Switchyard. James is one of the UK’s most refreshing artists; playing broadly what we could call deep house and techno, he never followed a linear groove and had tendencies to switch things commandeering sounds from hardcore and jungle.

Route 94 opened up a gateway between adolescence and adulthood making it feel slightly frightening, awkward and at times, grotesquely humorous. Owing to the nature of the lineup, artists, such as Route 94 – who have taken the deep beat overground – have attracted a cumbersome of ‘stacked’ shufflers who flail their arms in a self-pitied typhoon of sweat and despondency. It’s a dance that has a divided opinion between the ‘actual’ ravers and fashion-led ravers and did somewhat detract from the overall experience of his set, and indeed the entire festival. The set itself, however, was better than expected; he embodied the deeper tech-house sounds and strayed away from the obvious further accrediting himself to the underground which is something he’s been working on recently if his recent EP on Leftroom is anything to go by.

Last up: Kerri Chandler. Making sure everything, from the sound, to the equipment and his records are perfect, it’s obvious why Kerri has built up such a reputable name for himself over the past twenty-three years. His selections aren’t exactly complex but the energy he builds from transition to transition is entirely unique. Production value for the entire festival was obviously spent during what was, the last set of the night with smoke streams and strobes frequently making an appearance throughout adding to the overall atmosphere of his set.

Having reassured itself as one of the the country’s most prominent one-day festivals, Eastern Electrics seemed to have ticked every box but one: the crowd. It’s only a minor gripe and in all honesty  (whether it was down to the alcohol or not) faded into the background as the day went on. The organisers seemed to have every other aspect on-point but clearly have room to grow, both in size and production value, but all-in-all the day was smooth even the – what we thought would have been – a horrific tube ride home. 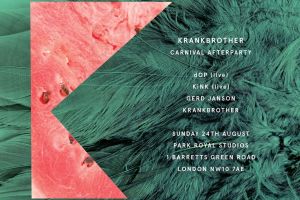 On Sunday 24th August – after the predicable carnage that is the Notting Hill Carnival, Krankbrother are yet again throwing...
The Vibe Guide 2012-2014 Privacy Policy
Back to top