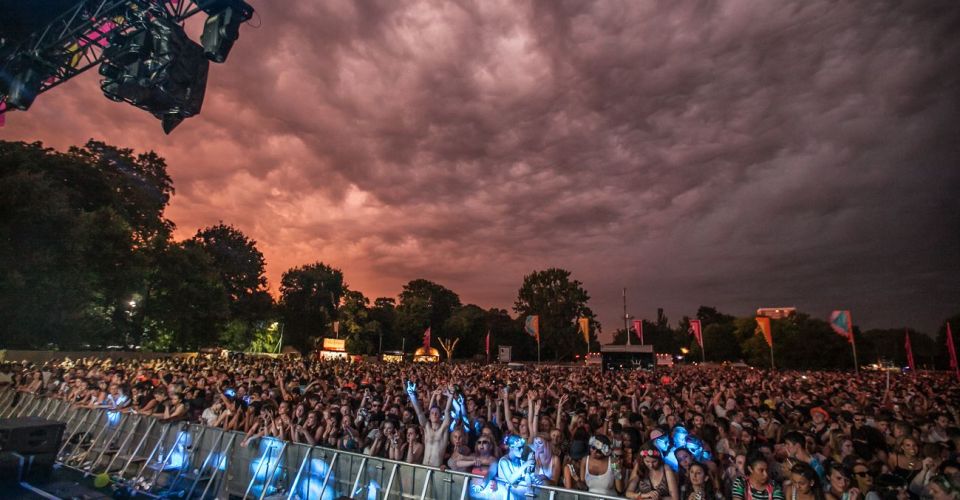 In recent years, much has been made of the UK electronic and commercial scene and Lovebox have grasped that and angled their lineup accordingly. The sun was still shining when Lovebox opened its doors claiming to be one of the biggest parties of the year and fortunately the lineup was a testament to that statement, despite the list of artists that somewhat repetitively circuit the festival scene. Regardless of its one-day-festival-like stature, it’s always impressive to see the staggering crowd that attended Lovebox but you can’t help but feel that the organisers have cut loose the cryptic allure that it once held – a stance that many of its past-attendees attest to.

With it shining down on us upon arrival, we thought we’d catch the critically-acclaimed rapper A$AP Rocky – this turned out to be one of the biggest mistakes of the day. Even though he was put on the main stage with quite a sizeable crowd, both the sound and actual talent of the boy simply slipped down the drain; there was no atmosphere, attention or the ‘hype’ you’d expect from a hip-hop act. Next up – DJ EZ.

DJ EZ is known to put on a party and absolutely nobody in the dance music scene can deny that; his Boiler Room set is up there with the best. By gauging the crowd – this is clearly one of the most anticipated sets of the evening. His set was laced with plenty of hands-in-the-air moments continually evolving his selections between classic, nostalgic garage with the new class of UK Bass including Tessela’s gnarly ‘Hackney Parrot’.

We had the pleasure to catch Annie Mac end the night headlining her ‘Annie Mac Presents…’ stage. I have a lot of respect for the BBC R1 presenter, she clearly enjoys underground dance music but also recognises the need to satisfy those only exposed to chart music. Having played the more obvious cuts by Route 94 she also blended in the likes of Tiga’s new single ‘Bugatti’. The crowd reacted positively throughout and it was during this set that I first caught a glimpse of the magic of Lovebox.

Here’s where I come back to my original point and the reason why Annie Mac was such a fitting end to an enjoyable day: “much has been made of the UK electronic and commercial scene”. This clearly stands in high priority with the Lovebox lineup curationists – they’ve managed to satisfy the chart-hoppers and underground enthusiasts whilst still managing to create a bohemian outlook. 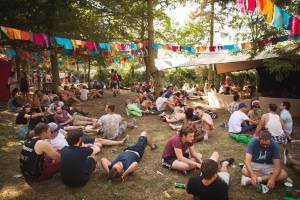 For many festivals, building up a trusted brand is now as important as shifting units. Just how big a brand Farr Festival...
The Vibe Guide 2012-2014 Privacy Policy
Back to top