Tony Lagerström -aka Tontario- remains steadfast in his continuous progress as he’s about to smash his first 1,000 followers at Soundcloud having already reached #3 position at the Hype Machine Popular Chart with his James Bay‘s ‘Hear Your Heart’ remix.

With a relevant tilt for the smoothest and most relaxing deep house you can listen to, this fellow has already defined his touch, stamp which has influenced at the creation of this tune, which is able to melt anyone in it’s seductive rhythm: his own version of Danny Darko’s ‘Butterfly’.

The charming voice of Jova Radevska –used in Darko’s reciepe– fits perfectly to the clean and sharp complex that Lagerström has built. On the other hand, the elegant saxophone riff –contributed by SaxoKid– gives the track the precise pinch of mischief. The track is 5 minutes long, but it’s clever organization and display makes this time fly, like a Butterfly.

I’m sure that what I anticipated three months ago has been fulfilled. The 21 year old Finnish producer has ceased to be more known by his loved ones. Now, he’s being recognized by people and music specialized media. Well deserved, Tony. 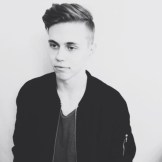 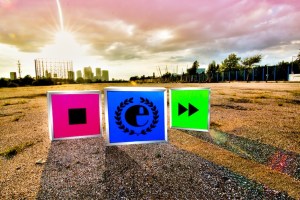 We've teamed up with Turks and Underdog to give away 2 x Eastern Electrics tickets! Enter here: http://on.fb.me/1mxFNcK Competition...
The Vibe Guide 2012-2014 Privacy Policy
Back to top