We caught up with the now ‘one-man-band’ Waifs & Strays ahead of his set at Eastern Electrics on the 2nd August 2014 in London.

Instead of the standard ‘how did you get into music’ type questions, I think it’s best to just go straight into the more pertinent topics surrounding dance music at the moment. So yeah, what are your thoughts on the current path that house music is heading down at the moment?

Dance music has been moving more into the main stream for a few years (look at EDM!) and house has followed this trend. This isn’t a bad thing necessarily as it will get more and more people into the music, and the more underground scene couldn’t be stronger at the moment. Its also nice to see more and more DJs crossing genres and playing sets of deep house, house, garage, more bass oriented stuff and techno all in one set.

Yeah, you couldn’t be more right to be honest, the underground scene is becoming more and more commercial to an extent – why do you think this is the case, especially with electronic music as a whole over the past few years?

I guess these things go in cycles from rock music to electronic music to R&B. Disco became big at the end of the 70s after rock was super popular earlier in the decade. Music became very electronic in the 80s, which then moved more into rock based music in the early and mid 90s and its now coming back to dance music. At some point the cycle will go round again and more guitar / rock based music will come to the front again and dance / electronic music will become go back more to the underground. A lot of the current trend is also down to a lot of new artists such as Disclosure bringing a dance music sound to a wider audience and that’s great. The technology available these days has opened up the possibility of making music to a whole load of new people.

Absolutely, so where do you think it’s going to be in the next couple of years?

Who knows…I don’t really try to think too hard about what’s going to be hot next, but just concentrate on what I am into.

Top 5 tracks at the moment?

It’s been well publicised over the past few years that Bristol is becoming an electronic music haven for DJs and producers and considering you’re a Bristolian yourself, what’s your favourite hangout there?

Favourite venue in the UK and why?

Has to be Fabric for permanent venues…its just set up so well – great sound, great lights, great staff and always a killer line up. Always great to either play at or just to go out. Motion in Bristol is also amazing, such a good energy in there.

Where did you get your first big break and how did that feel?

The first big break came from when Matt Tolfrey signed up ‘Yeah Yeah’. He played it at Old Miami in Detroit and the place went nuts. He sent me a video of the reaction and that had a huge amount of views on You Tube and things went from there. It was an amazing feeling to see a reaction like that to a tune you have made. When Pete Tong made it Essential New Tune it was one of the best days of my life.

Any festivals you haven’t played at but really want to?

In the UK, Parklife looks amazing, I would love to play there! Further abroad there are so many great festivals going on. Summer Soltice in Iceland looks insane with the 24 hour sun!

Eastern Electrics is a big favourite of ours –what are your thoughts on the one-dayer?

I think its cool that they have gone for a one-dayer, I think it will be great event and really looking forward to playing it.

If anything, what sets a one-day festival apart from the weekend-long events?

One day festivals can be great, there’s only one day so people just go for it straight away, so the whole day is really mental. And of course you don’t have to sleep in tents!

Finally and typically, can you shed any light on any forthcoming releases you’re excited about?

There is a new EP coming out on Max Chapman’s label Resonance with a remix from my good friend Denney, which I am really excited about. I’ve also been doing some really fun remixes of Romanthony for Glasgow Underground and one for Niko Schwind on Sil Vor Talent. 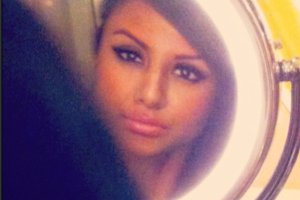 It's difficult to believe that Anishka has 44 followers on Soundcloud. Renegades is almost perfect in every way; her delicate...
The Vibe Guide 2012-2014 Privacy Policy
Back to top