Eton Messy are one of YouTube’s most coveted ‘new music’ brands but they’re a lot more than that – they now tour all over Europe taking the Eton Messy sound to festivals like Outlook, Dimensions and Gottwood and operate as a fully-functioning record label releasing music from DEVolution, Blonde and Affelaye. We sat down with Charlie, also of Blonde, to talk about the current electronic music scene and Eton Messy’s plans for the summer.

How important do you think the role of YouTube channels are for emerging artists?
We can’t speak for everyone but we like to think that we are an integral part of emerging artists getting that exposure they deserve.

What are your thoughts on the current UK Top 40 chart? Do you think the sudden surge in dance music is healthy?
The top 40 is in a great place at the moment for dance music. Especially with the most recent number one from Secondcity. It’s really opened things up and made people realise that the general public are open to anything right now.

Do you think electronic music is still going to be pertinent in the next 5 years?
Well thats the million dollar question really isn’t it? There will always be a place for electronic music, whether it’s in the top 40 or in the underground scene. The exciting thing for everyone is that no one can predict what will come next!

We’ve had the whole commercial Drum and Bass / Dubstep phase and now we’re on this ‘Deep House’ stage – where next?
Once again I don’t think anyone can 100% predict the future but there seems to be a strong presence of RnB emerging so you may see a whole lot more of that bubbling up!

What do you think would happen to Eton Messy if YouTube ‘closed its doors’ for good tomorrow?
Over the last year we have concentrated a great deal on expanding the brand beyond the doors of YouTube. As you may be aware we are a fully functioning Label, Events and DJ outfit so obviously we may have a strong presence on YouTube but thats not what we solely rely on.

What can we come to expect from an Eton Messy set?
Obviously we like to push out a few of the tunes we promote on our YouTube channel but we also like to play a lot of stuff that we are enjoying that may not necessarily fall into the “Eton Messy” category – whether it’s Techno, Deep house, Disco etc…

Where did you get your first real break as DJ’s?
For us, it was Gottwood. They gave us our first break as DJ’s after we won a set from taking part in their competition and since then we have become a part of their family – so we owe them a huge amount.

So, what’s so good about Gottwood?
Well, you get the chance to meet some amazing people with great music tastes and open minds. We always get excited to play Gottwood purely because you know you can always have a bit more free reign on what you play.

Have you ever thought of throwing your own festival in the near future?
Think its fair to say we would rather leave that stress to another nutter! Sounds all a bit too intense for us!

Can you shed some light on any future releases on the Eton Messy label?
We have just announced a new track from one of our close friends Just Kiddin, which should be dropping in July. So we are really excited about that!

Eton Messy highlighted Gottwood as a festival they can’t wait to hit up this summer. They are due to appear on the 20th June, click HERE for more information, including full lineup details. 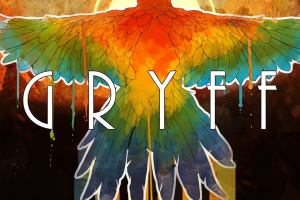 Sometimes life is coming at you too fast and all you need is a moment to remind yourself that yes, it is still legal to stop...
The Vibe Guide 2012-2014 Privacy Policy
Back to top