Soul Beast – Come With Me

Sometimes you have got to take risks. Sometimes these risks don’t pay off, but sometimes they do and you might achieve something which you yourself never thought to be possible. The still very unknown band Soul Beast has done just that. Having just recorded and released their self titled debut EP, containing only two songs, the Norwegian trio has set very high standards for themselves. Two very different songs, which show just how much potential this trio has.

Having toured with the Indie Allstars KAKKMADDAFAKKA, Soul Beast seem to have gathered a lot of confidence and experience to finally share their gifts with the world. The band seems to play around with a few genres of music at once. There is a very psychedelic feel about “Come With Me”. The clean, long and sustained guitar opening and the extremely big vocals drained in reverb. To me the sound of the band is very similar to what can be heard on the most recent Midlake album “Antiphon”. Especially the drum sound is almost identical. Its a very dark, dull sound, with a lot of emphasis on the snare and the cleanness of the cymbals. The fat, extremely present bass sound cuts through a very well crafted mix. Overall the music falls into some sort of progressive indie rock, which is a very interesting genre, with many interesting bands.

With only a few hundred followers, the band has yet to prove themselves to the music world. But with a foundation like this, it is only a matter of time until the trio will to be able to pick the fruits of their hard work. 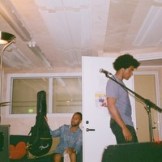 Klaxons - Show Me A Miracle 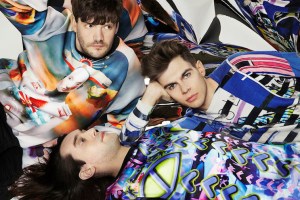 Klaxons - Show Me A Miracle

'Show Me A Miracle' is the second single off of Klaxon's imminent third album Love Frequency. After the forgettable second...
The Vibe Guide 2012-2014 Privacy Policy
Back to top