If you’ve heard of  Klangkarussell (Pronounced Klang-Carousel) chances are, if you’re European, it’s because of their 2012 hit ‘Sommertanz'; If you’re British or Irish you would most likely have heard the vocal mix, released the following summer featuring vocals from Will Heard.  Since then the Austrian duo (and bane of English speaking radio DJs everywhere) have gone relatively quiet. Until now.

‘Netzwerk (Fall Like Rain)’ is well worth the wait, the first track from their début album which is due later this year. It’s every bit as fresh and unique as ‘Sommertanz’ fusing house with world music, the vocals for this section coming from Salif Keita – ‘Madan’ a track that was remixed by Martin Solveig.

There is a instrumental version of the track, still with the ‘Madan’ sample, but the vocals really add an extra layer to the track and keeps you engaged throughout. Unfortunately thus far Klangkarussell have yet to formally credit the vocalist.

Overall, the track, given the right backing and radio play should prove to be as popular and successful as ‘Sommertanz’ especially with it’s lush summery tones and rightly so. 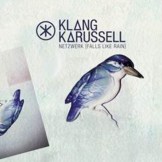 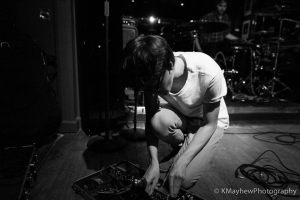 Listening to Henry Green is like stepping into an ethereal world where the grass is made of lush soundscapes and the sky of silky...
The Vibe Guide 2012-2014 Privacy Policy
Back to top