Not much had been heard from Jamie XX until last month when he spontaneously released ‘Sleep Sound’, it quickly emerged that it would be released as part of a double A-side, instantly raising expectations for the second unknown unreleased track called ‘Girl’.  This will be Jamie’s first original solo release since 2011, when he released ‘Far Nearer’ and ‘Beat For’ as well as debut LP ‘We’re New Here’ where he based the whole album on Gil Scott Heron’s ‘I’m New Here’.

‘Girl’ was premièred on James Blake’s BBC Radio 1 show 1-800-Dinosaur. It is easy to see why James Blake would be so keen to première. The track has a very Lo-Fi, chillwave sound to it, similar to Washed Out but with reassuring hints of Jamie XX’s traditional sound and female vocal deconstruction and production.

Jamie XX is currently working on a third LP with The XX and has a string of solo dates at many festivals this summer including Manchester’s Parklife Weekender and Glastonbury.

Sleep Sound / Girl will be out on Young Turks on 5th May. 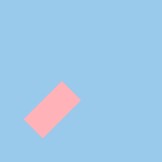 Events like this don’t come often so the London Electronic Music Event (LEME) was an opportunity for me to learn a brad...
The Vibe Guide 2012-2014 Privacy Policy
Back to top