With a peculiar style -that may cost you a bit to digest before it taste magnificent- materialized in three demos, the London-based producer Ben Khan has been able to reach over 1.2 million Soundcloud plays and the Pitchfork Best New Music award.

On his last records: smoky vocals, weighy synths and crude percussion elements conceived high gravity soundscapes which fused with the funky-full guitar riffs -bringing a greater level of sophistication to every complex-. The style of this soul and r&b influenced fellow used to be portrayed as intrepid and sinester, until now. “Youth”, the first single of his upcoming debut EP, ‘1992’, has been premiered and it’ll change your perception of this pal, for sure.

In “Youth”, Khan uses his characteristic elements, but in a brighter way which we can note from the opening, where unnexpected gleaming synths and tropicalized drums creates an optimistic atmosphere, which gains rythm and groove as the 80’s Woo-Yeah‘s get under way beside a wide variety of cheerful synths. Most notably, the partnership that he has built between his vocals and the warm guitar riffs is exquisite. What a change.

Shadowdy or sparkling? Ben Khan’s has taught us that his style isn’t definable at the moment: he owns a huge talent to keep exploiting and he’ll surely continue surprising us. We just have to wait until May 5th, release date of ‘1992’ EP. 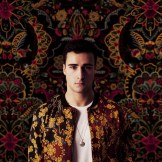 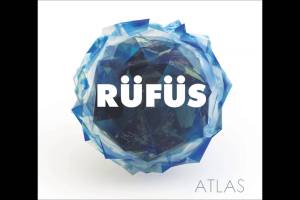 Right from the first beat, you know. You know that you're gonna be in for one hell of an epic ride. Though the original...
The Vibe Guide 2012-2014 Privacy Policy
Back to top