It was mid-November 2010, a big announcement paralyzed Chile: Perry Farrell, founder of Jane’s Addiction and producer of Lollapalooza, confirmed that the 20th edition of the festival would be held in Chile, on 2011 April 2th and 3th in the O’Higgins Park, the second largest park in Chile. So many wondered why Santiago had been the picked place.

“We Could have gone into Europe and the U.K. and tried to bust out another festival, I said , but they’ve got a thousand festivals over there. (…) I met the Chilean producers of Lollapalooza Chile, Lotus Producciones, and its leaders reminded me of the young promoters of the original Lollapalooza. They were desirous and available , and we where we where available and desirous. (…) I have said before quoting ‘Jane Says’, an early Jane’s Addiction song, ‘ I only want’ em If They want me’ “.- Farrel explained.

Moreover, the government support was critical as it was chosen by the National Council for Culture and Arts -and the Ministry of Environment- to be the event that launches the “Green Culture Project”, a joint  initiative that seeks to create a shift in consciousness with initiatives such as recycling and carbon-footprint measurement.

With one-fourth of the New York’s Central Park size, O’Higgins Park has the perfect outdoor performance space and a giant a indoor arena with room for 16,000 people. The event is also located within the city blossomed by of course, great accessibility and standard city-like transport infrastructructure.

“Chicago’s Lolla takes a year to organize. Here, we had four months. We did not want to get to Chile with a sign that was not first class. Our selections are very diverse and there is Chilean talent in this ( … ) Our ambition is to plant a very strong seed in Chile. One that will grow over the years and give Santiago an event for posterity”

More than 50 acts -mostly rock and hip-hop- are scheduled to perform on the five stages, including Las Vegas-based The Killers, electro-pop duo Empire Of The Sun, north american rapper Kanye West , Farrel’s Jane ‘s Addictio, the surrealistic blows of The Flaming Lips and the trance-master Armin Van Buuren, never forgetting the many chilean talents that left their print, like the rapper Ana Tijoux and Astro, known as “the chilean MGMT”.

Farrel and his team expected 80.000 buddies.. 100.000 went. Furthermore, it became one of the first major music festival that neutralized its CO2 emissions, with over 1,200 “Rock & Recycle” volunteers: facts that were highlighted by the The New York Times in its chronicle about the event.

Success was such that little time passed until 2012 version was confirmed.

With a new stage surrounded by a forest and improvements looking up for a better overall experience, 115000 people -from all over the world- enjoyed a fresher line-up full of indie and alternative vibes: Foster The People, MGMT and Friendly Fires set a giant outdoor dance floor in both evenings while Skrillex and Calvin Harris did the same indoor. Band Of Horses and TV On The Radio heated the afternoon as Björk and Los Jaivas delighted their fans with all their classics. Arctic Monkeys detached sights from their numerous fans and because every festival of this magnitude deserves a high-level closing show,  the debut of The Foo Fighters in those lands shoot the bird, achieving one of the most memorable acts that has rocked chilean ground.

But because the record attendance of 140.000, one of the most energetic line-up seen lately and the numerous nominations to be the best international music festival of the year -because “the amazing line-up and offstage experience”, as Jetsetter remarked- 2013 was the year.

The chilled vibes of Toro y Moi were just a break to the indefatigable exhibitions from Two Door Cinema Club, The Hives and Foals. Passion Pit brought a bit of glamor as Crystal Castles massacred it inside the arena. Franz Ferdinand palpated all the love that they made at Viña Del Mar Festival 7 years before, and after them, the canadian Deadmau5 reunited almost every soul in O’Higgins park in front of him with his astonishing presentation. Pearl Jam dazzled everyone with their distinctive grunge and Eddie Vedder’s “chilean speech”, where he admitted his affair with chilean wine. Finally, 50.000 people rolled with The Black Keys‘ nu-classy rock while the other 20.000 jumped with Steve Aoki‘s insane beats. Alass, we come to this years event! Little time lasts for the next edition, to be held on March 29 and 30, with artists who have been the last time trend, imposing headliners and future musical powerhouses.

Saturday line-up is just breathtaking,  homeowner rap act Movimiento Original and Nano Stern‘s folk-rock start the chilean mission, followed by the 22 years-old Australian electronic producer, Flume, who will submerge the arena through his chillstep and deep house waves and the cheerfulness of the danceable indie pop of Capital Cities, act that go behind Imagine Dragons poisonous indie rock as the 20 years old british folk-rock gem, Jake Bugg, radiates all his genuine potential. Ellie Goulding will open women road, followed by the chilean pop-rock singer, Francisca Valenzuela. Subsequently, Phoenix will will lit up another sun as Nine Inch Nails will cover it with condensed rainy-clouds. Closing up, The Wailers and Axwell will play almost at the same time as Red Hot Chilli Peppers prepare for a nearly two hour punk-funk show.

Sunday will open with Portugal. The Man indie act, followed by The Smiths’ guitarrist, Johnny Marr, and all his material from his solo LP: “The Messenger”. After him, The Strokes’ vocalist, Julian Casablancas, will do the same with “Phrazes for the Young”. Vampire Weekend will open the indie route, followed by17 years old-Grammy winner, Lorde. Then, Arcade Fire will burn in their debut as Kid Cudi infects all his swag out. Afterwards, New Order will seduce with all their ballad-classies, Axwell will close this year indoor party with all his known productions and colaborations. In the expiration, everyone hopes that Soundgarden may achieve the memorable debut-closing that Foo Fighters performed 2 years ago. Why not overcome it?

As the event guarantees a great experience -after 3 events in their backpack-, tickets have sold very quick. The third pre-sale offer 2-day tickets at $158 -after March 13th those will cost more than $180- While daily tickets will remain at $120. 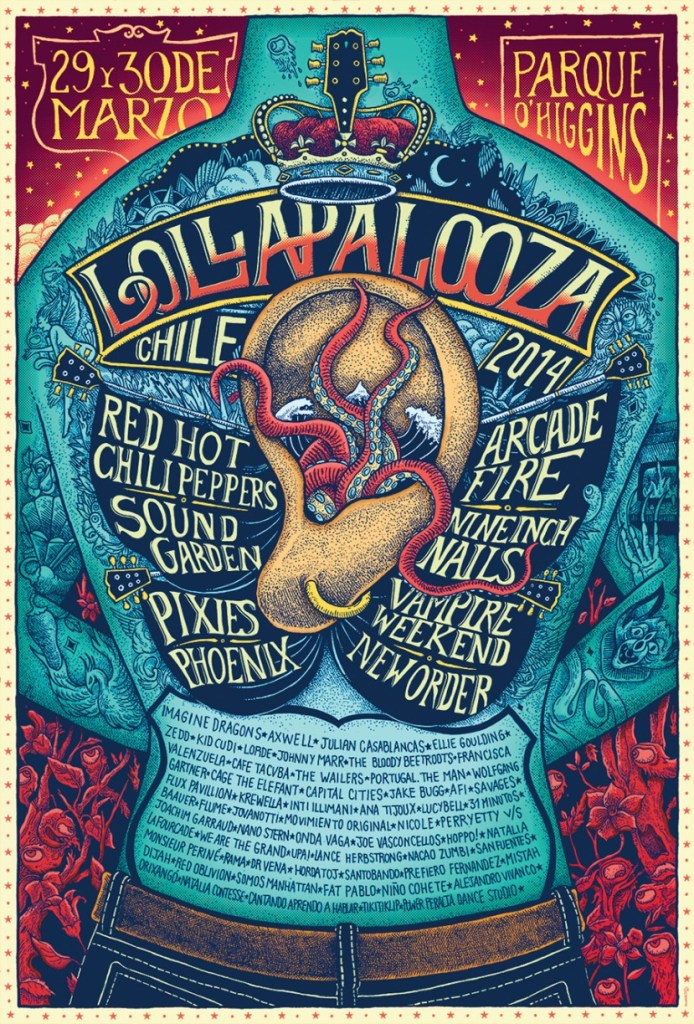 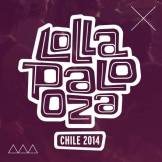 Love Letters is the title track from English band, Metronomy's fourth studio album which was released on 10th March. Soulwax,...
The Vibe Guide 2012-2014 Privacy Policy
Back to top