Manchester’s Parklife Weekender returns for its 4th year on Saturday 8th and Sunday 9th June. Based at Heaton Park, home of the now legendary gigs by Oasis and The Stone Roses, having moved across Manchester  to cater for the ever increasing demand for tickets. The metropolitan festival is curated by the popular and successful Warehouse Project  which takes place at the Victoria Warehouses just outside of Old Trafford during the dark and damp winter months.

Headlining this year’s festival are Foals and the effortlessly cool Snoop Dogg who will be supported by a quartet of artists that broke through in 2013: Disclosure,Bastille and Rudimental, all of whom released their debut albums last year and were all nominated for the Best Breakthrough Act at this year’s BRIT awards. Rudimental will support Snoop Dogg, whilst Bastille and London Grammar will play before Foals on the Sunday night, Disclosure provide a dance alternative headliner to the indie offerings on the main stage.

The main stage has an acoustic feel on Saturday afternoon with Foxes and George Ezra, before Katy B and Annie Mac begin to warm things up for the evenings entertainment. The organisers have really lavished the main stage on Sunday with new music. If you had heard of any of the bands (except Foals and, perhaps, Warpaint) just 18 months ago you would have been very well informed indeed with Sam Smith, Ella Eyre and Clean Bandit having only become mainstream since the turn of the year, given the calibre of music they are all releasing at the moment it looks like a shrewd move by the organisers.

Such is the quality of the Saturday stage line-ups, attendees will be spoilt for choice when deciding which headline act to watch; the likes of MK, Duke Dumont, Kendrick Lamar and the Hot Natured crew with Jamie Jones B2B with Seth Troxler. All of these will by vying to draw the attention away from Snoop Dogg. There is a real sense of variety in the fact that all the smaller stages have been curated by local Manchester institutions, Saturday hosts local night life curators WHP, Ape and Metropolis, Drop The Mustard (Who regularly host nights at Sankeys and Gorilla), Kaluki and Red Bull. For those with a love of Drum and Bass, record label Hospitality also host a stage headlined by label founder Andy C.

The Sound of the Near Future stage is aptly named, boasting some of the most promising new talent that are just outside of the mainstream: Jon Hopkins, two time Mercury Prize nominee, Jamie XX and East India Youth all feature. SBTRKT headlines the stage, and will most likely play some new material ahead of his second album. Disclosure bring their Wildlife project and headline the stage that has been self curated. Elsewhere, highlights from the eclectic line up include TEED, Erol Alkan, Tensnake, hip-hop group Public Enemy, Bicep, Scuba, Skream as well as many, many others.

As you would expect, tickets for the weekend have sold quickly, with all Saturday and weekend tickets having sold out, only a handful of Sunday and Sunday VIP tickets remain, tickets cost £45.50 and £65 respectively which is remarkably good festival with comparable London day festivals. 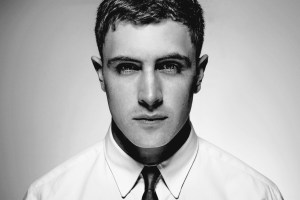 Kidnap Kid, Butter Records native, has graced us with his tenderly smooth production of "Like You Used To," rounding out the B-side...
The Vibe Guide 2012-2014 Privacy Policy
Back to top