It’s more than a fact that the Always EP from the Sydney-residing electro-pop trio, Panama, was one of the most striking releases of 2013, in fact, I could bet that everyone who listenned to it saw how the last quarter of their year was permeated with this act’s summery and sympathetic vibes.

On the other hand, it meant another step in the run of success to the -also Sydney-based- label, Future Classic, by churning out another astounding recording after managing and releasing stuff from diverse and well-known artists such as Flume, Jagwar Ma, Chet Faker and Wave Racer -who participated on this EP with their Always remix-.

At the moment, Panama has joined forces with 300 Entertainment and will launch the US edition of the Always EP -due out on March 4th-, which feature “Strange Feeling”: track they consider ‘a favorite from our -their- live set’. After reproducing it you’ll have a new favourite in your own set, for sure.

“Strange Feeling” follows the same exquisite wave achieved in their last productions -with amazing soundscapes and tropical percussion elements that dissolve on Jarrah McCleary’s smooth piano n’ vocals- but with a biger role for classic elements: vivid classy-keys and an impressively captivating saxophone that melts on the bongo’s leather.

If you are in Austin or around you can’t let yourself miss their first appearance on the states: March 15th at the SXSW festival. This strange feeling will blow your mind. 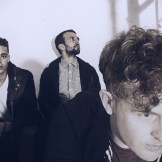 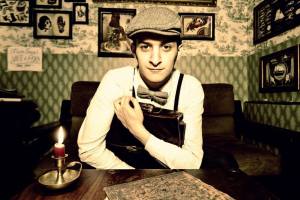 We sat down with Berlin based deep/tech house enthusiast and producer - Tinush to speak about all things music. With a string...
The Vibe Guide 2012-2014 Privacy Policy
Back to top