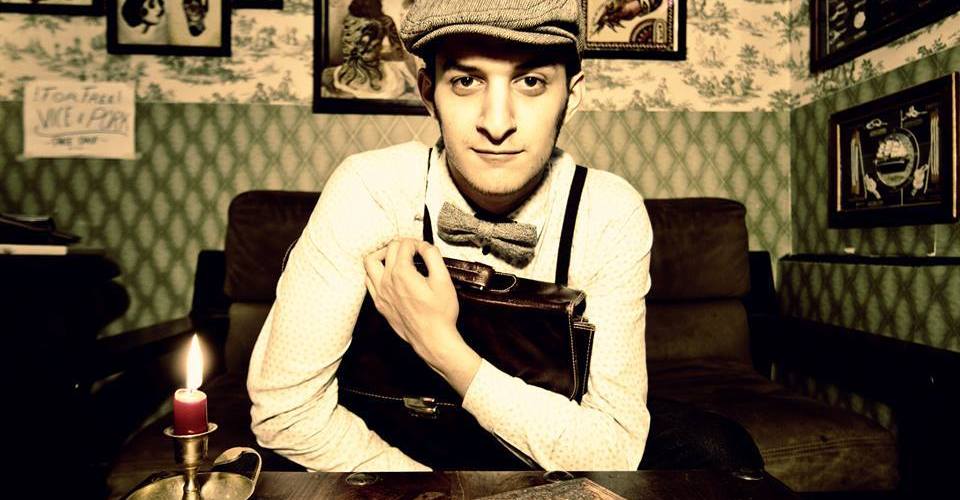 We sat down with Berlin based deep/tech house enthusiast and producer – Tinush to speak about all things music. With a string of high quality releases under his belt, it’s safe to assume that the man will certainly be onto bigger and better things in the future.

For those who aren’t familiar with your profile, what’s your real name, how old are you and where are you from?
My real name is Tinush! It’s my actual surname. My stage name is my real name. I’m 23 yrs old and will turn 24 in summer from Dortmund, Germany and just moved to Berlin in summer 2012.

Have you ever played at the Berghain club then? Some artists have described it as their favourite club to play at; to what extent would you agree or disagree with that?
To play at Berhain would be a big deal indeed. But the artists sound has to fit to the concept of the club. Since my sounds are very melodic, often with a positive touch, I can’t really judge if this fits to Berghain. But if they approach me, I’d play!

Yes that’s so true, it’s probably on the wish-list of every electronic artist out there! What club or festival, other than Berghain, would be a dream booking?
I’d love to play Fusion Festival soon. Sonne Mond und Sterne Festival (SMS) would be fantastic, too. Of course there are plenty more festivals that are tempting to play but another club that I have on my wish list list is Bootshaus in Cologne.

Keeping on that clubbing experience theme, what is the craziest thing you’ve witnessed whilst gigging, you must have some good stories?
[*Laughs*] I’m sure you’re after the embarrassing ones! The first thing that comes to mind is when my controller broke down during a gig. As a result the same fucking loop was playing for over 10 minutes whilst I was trying to fix my gear. I wasn’t used to the situation as it was the first time and I was fumbling on my controller quite helplessly. I must have looked like an idiot!  I finally managed to fade over to a new track with my laptops touchpad just to realize that the floor was completely abandoned. I’ll never forget that night.

That sounds mental but things like that happen at times and you just have to live with it. With regards to your past, have you got a musical background and how did you learn to produce electronic music?
It all started when my parents gave me this keyboard for Christmas when I was 4 yrs old – by the way the best present they could ever give! I started to play and taught myself how to do so. When I was 13 yrs old I first started making music on a PC. First with some beginners software, later with Steinberg’s Cubase. I still use Cubase today and I think I’ll never change that. So all in all it was learning by doing combined with a feeling for music.

I always have time for self-taught producers, really shows that you’ve got a passion and desire to make music!  Unfortunately though, and it’s always seems to be the case when you have no formal production education about what your parents think about it all. Have they always been supportive in what you do, even in the early stages of your career?
No! My parents kept telling me to go after a proper career and do a proper job. Of course I could follow their argumentation but I always knew that this was not an option for me. Today they’re fully supportive and believe in what I do.

What was your last full- time job (non- musical related)?
I never had a real non-music related job.

How do you like to relax?
It might sounds quite banal but indeed I can relax best when I compose and produce music. Nothing else relieves me more.

If you won a million Euros, how would you spend it?
As this sounds quite unrealistic I’d rather not spend too much time fantasizing. But if I’d really win a million I’d love to build a nice studio and would start producing bands and other artists apart from my own projects. Furthermore I’d love to travel to distant places and compose on different sites. Maybe a song at every destination and the put them out as an album.

That sounds quite exciting, has the thought of an album ever crossed your mind then, or is one already on the cards?
An album will probably be my next big project. I’m bursting with ideas. I hope to share some big news soon.

What song do you remember most as a child?
There are so many! But probably a lot of Disney soundtracks. I love ” You’ve Got A Friend in Me“ by Randy Newman. But again, there are so many that I loved as a child.

What are some of your favourite records at the moment?
At the moment I’m listening to a lot of acoustic stuff. Joshua Radin, Benjamin Francis Leftwich, but also a lot of classical and film music.

What artist has made the biggest impact on your life so far, and why?
Michael Jackson was and still is my idol! I fell in love with his music already as child. I even took part in dancing competions and even won some. Thanks to him. His music is timeless and I admire his versatility, his style, his messages and his artistic approach. He’s my absolute role model.

Can you shed some light on any upcoming releases?
Not yet. Exiting things ahead though. At the moment I’m gigging a lot so I’ve not really had the time I wanted to produce.

Lastly, for everyone out there who isn’t familiar with your music, describe it best you can in five words.
Melodic, extravagant, diversified, genre-spanning, instrumental.

‘Sandburg’ is probably Tinush’s most recognised record out there, wonderfully melodic and jazzy as hell, it’s a great starting point to the rest of his productions if you’ve yet to discover his sound. 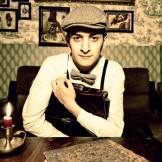 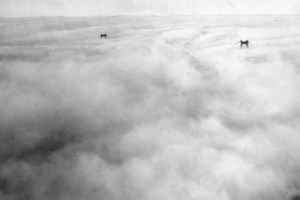 Berlin, the place to be! The Berlin music scene has many faces, one of its specialities is electronic music. rampue has been...
The Vibe Guide 2012-2014 Privacy Policy
Back to top