Without any doubt, Monsieur Adi produced a real gem by teaming up with Canadian duo, Electric Youth. Okay, remixes for pop stars Beyonce, Britney Spears and Lana Del Rey were exceptional and the same notion stands for his originals till, but “Some kind of love” is something else.

Its pure, delicate electronic sound is distinctively different and slower than Monsieur Adi’s productions so far. The romantic vocals of Bronwyn Griffin fill us up with a bundle of emotions and a sense of tranquility. “Some kind of love” is part of the upcoming EP “After Hours”, due to be released on the 1st of April. Till then, we can just keep guessing what the rest of the episode will sound like and satisfy our impatience by pressing the repeat button… 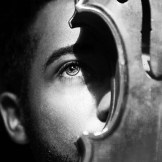 It is no news that there are a lot of talented musicians and producers currently based in Germany. Especially when it comes...
The Vibe Guide 2012-2014 Privacy Policy
Back to top