Hailing all the way from Melbourne, Australia, is a very talented three piece Stonefox whose debut “All I Want” created quite a buzz in the blogosphere. It’s one of those rare songs that you can connect with it even during your first listen; it’s brand new, yet it sounds so familiar. The band was formed by Tim Carroll, Jenna Russo and Will O’Gorman in late 2013 and they’re already working towards an EP in 2014. I am really curious to find out what their next songs will sound like, but my gut tells me we’re all in for a treat.

Staying true to the original song, Wolfskind and George Whyman opted for a simple remix. This approach resulted in what can be referred to as a sped up version of the original which highlights the original song’s atmospherics while Jenna’s vocals still sound impeccable.

Whenever a collaboration between young talents results in such great outcome I can’t help myself but to think that the music industry is in good hands. 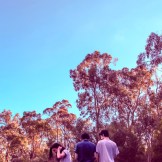 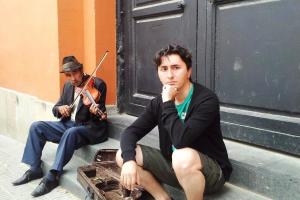 Kick off the week with some jazzy electronic vibes from Akshin Alizadeh. Powered with lots of soul and Southern roots,...
The Vibe Guide 2012-2014 Privacy Policy
Back to top