2013 was the year of Pharrell. With dozens of high-profile collaborations including Jay-Z, Destiny’s Child, Earl Sweatshirt, Azealia Banks and most notably – Daft Punk – Pharrell became the 12th artist in the history of Billboard to hold both the 1st and 2nd place in the charts.  This of course happened during the summer with “Get Lucky” and “Blurred Lines” as I’m sure anyone alive can recall.

That same summer I happened to be in Rome the night Major Lazer’s 2013 Euro Tour took over the city. The international twerkmasters went harder than I thought was even possible, putting on the best show I’ve probably ever seen.

Now MVP Pharrell Williams has teamed up with the Lazers for a crazy, wild banger. “Aerosol Can”, which prominently features the sound of a buckshot tinkling inside a spray can, is a percussion laden monster featuring a semi-rapping Pharrell – the track proves once more that Skateboard P can indeed do anything that he puts his mind to. 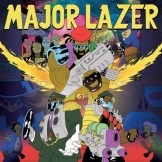 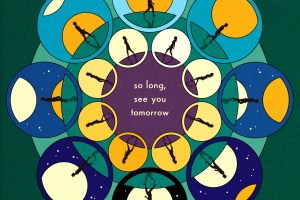 After an uncharacteristically long absence of 2 years, Bombay Bicycle Club return with a rapturously-acclaimed 4th album...
The Vibe Guide 2012-2014 Privacy Policy
Back to top