When it comes to funky, 90’s styled house with hip-hop influenced records, not many names initially pop up. The genre is relatively niche, but with powerhouse producers like Soulection’s Esta, the genre is clearly making its way towards the mainstream. I first discovered Esta about six months ago after hearing DJ Complexion play his music on his Future Beats Show out in London. I was immediately hooked because it sounded a lot like a more mature Kaytranada mixed with J Dilla, two great samplers and producers.

Yesterday, Esta released a Kid Ink and Chris Brown remix of the radio-hit, “Show Me” as a way to officially announce his North American “Paradise Tour” – and it’s awesome! Staying true to the 90s, Esta’s soulful melodies and banging drums mesmerize with the rhythmic swing of the groove. The whole track feels complete, however, thanks to Kid Ink and Chris Brown, the acapella from the original cut serenades the listener, complimenting Esta’s sound. All in all, this is the perfect groove to play for a loved one this coming Valentines Day as the theme of the song conveys messages of desire and love.

I think it’s safe to say we can expect great things from Esta in 2014 and with remixes like “Show Me” by Kid Ink and Chris Brown, it’s only a matter of time before we see this outstanding producer craft hits for major label artists.

If Esta is playing in a city near you, I would definitely recommend going out to groove to his music; music like this much better enjoyed in that type of atmosphere. 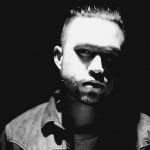 The Aston Shuffle - Tear It Down (SAFIA Remix) 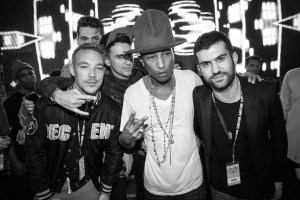 2013 was the year of Pharrell. With dozens of high-profile collaborations including Jay-Z, Destiny's Child, Earl Sweatshirt,...
The Vibe Guide 2012-2014 Privacy Policy
Back to top