After an uncharacteristically long absence of 2 years, Bombay Bicycle Club return with a rapturously-acclaimed 4th album – ‘So Long See You Tomorrow’. The LP’s guest roster includes both Rae Morris, as well as past collaborator and friend – Lucy Rose.  The album is not too dissimilar from ‘A Different Kind of Fix’ – it’s not as guitar-orientated and nowhere near as acoustically inclined as their second.

The album starts boldly with a newfangled sound coming from ‘Overdone’ before effortlessly slipping into the richly textured – “It’s Alright now”. Their use of multiply layered vocal components displays a great maturity within their sound –  a mere 5 years on from their breakthrough. ‘It’s Alright Now’ was one of just 3 previously heard records along with the singles ‘Luna’ and ‘Carry Me'; the latter of which follows as track number 3. Whilst the majority of their records are uptempo and light-hearted, there is room for the slower ‘Eyes Off You’ – featuring Lucy Rose, a trait that has become synchronous with the bands second and third album;  it serves its purpose to break the flow and avoid homogenisation. There are elements of R&B in ‘Home By Now’ – a genre previously unvisited by the band – the effect produces a positive outcome and I only say this because it’s a territory that many others have gone astray with in the past. Album finisher and title track, ‘So Long See You Tomorrow’ , which at first seems slow and marauding, quickly builds and evolves into the crashing end that the album truly deserves – with Rae Morris smoothly taking over the vocal duties of Jack Steadman.

They have described their fourth album as being influenced by world music; most notably through samples acquired by lead singer Jack Steadman, whilst travelling through Japan and India. The samples are largely discernable in ‘Luna’, ‘Feel’ as well as the opener – ‘Overdone’ and the records flow well into each other tieing the LP into a single creation rather than a paltry collection of songs.

The albums similarity will be both its salvation and its downfall; this LP is very similar to previous work, even to the extent that naming it A Different Kind of Fix: Part II wouldn’t exactly be too far from the truth. It won’t gain them any new fans as it doesn’t push enough boundaries to win them critical acclaim, however, none of that actually matters if you’re already a fan; it’s  a comforting, easy listen – an album you would happily put on at any time of day and listen to over and over again. It does, however,  help cement the legacy Bombay Bicycle has as one of the best contemporary Indie bands of this time. 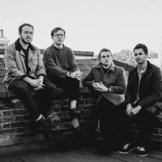 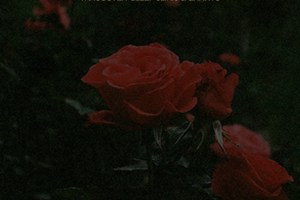 For the long walks down wet or snow covered ground, this is a perfect pick-me-up record; if you ever craved to lose yourself...
The Vibe Guide 2012-2014 Privacy Policy
Back to top