The Belle Game – Wait Up For You (Stint Remix)

The Belle Game are a five-piece pop outfit from Vancouver/Montreal whose debut album, Ritual Tradition Habit (2012), has received worldwide acclaim. One of the stand out records from album, “Wait Up For You” is an upbeat pop song which curiously contradicts their self description as a dark-pop band. That is where STINT comes in and works his magic; he transfers the original song into a realm full of dreamy soundscapes.

STINT, also known as Ajay Bhattacharyya from Los Angeles, has managed to unwillingly stay under the radar for quite some time. This year, however, will most probably be his breakthrough year;  he has some interesting, high profile collaborations planned but at the end of the day, the recognition will be due to his production technique. He isn’t new to us here at The Vibe Guide and there is a good chance you’ve listened to some of his material without even knowing. Take this song that he produced for BANKS as a prime example, you’ll probably know it better than you think.

Keep an eye out for STINT in 2014, even better, why don’t you do some research on him now via the links below. 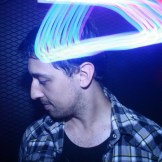 Ready For The World - Love You Down (Roter & Lewis Edit) If you're looking for a daydream soundtrack, then push play. No vocal edits or sampling necessary, Alle Farben's remix of Boss...
The Vibe Guide 2012-2014 Privacy Policy
Back to top