I discovered Paul Gilmore when I came across one of his first works, more than a year ago. Afterwards, I listened to the remixes he made for Jamie Woon (Waterfront and Shoulda) and thought that I should keep an eye on him. Sometime later I had the chance to meet him in person and get to know him and his music a bit more.

Paul’s particular style of remixing induces distinctive changes to the song he chooses to remix, which disclose a new perspective of the track, hitherto unrevealed. He is (a bit) obsessed with female vocals, chooses melodic, indie songs in order to experiment with them, adding smooth basslines and taking full advantage of the “pliable”, “raw material” he works upon.

“Never to be found” by Irene Skylakaki, is the ideal basis to apply those changes.The wonderful lyrics, the playful guitar-chord progression, plus the lovely voice of Irene, get transformed into a colourful, indie-house track, which is available for a free download via Paul Gilmore’s Dropify page. 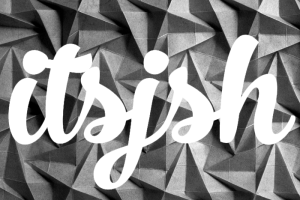