In times where nu disco and electrofunk shine on their own, some chefs are able to conceive with these ingredients so spicy mixtures that when you taste them your body will implore dancing, however, there’s a man that stands out more than anyone else at the kitchen: his name is Oliver Nelson and he has the master recipe.

After a great 2013 where he reached, along with Tobtok, his well-deserved first #1 in Hype Machine chart with their prominent version of Naughty Boy’s “La La La”, Oliver has returned: giving his brilliant touch to Chromeo’s 2010 beat “Night By Night”.

Happily for everyone, the swede has boarded this jam with so much enthusiasm: “I love Chromeo, they have given me so much inspiration and I love their sound to death. I have always wanted to work with David Macklovitch’s voice and “Night by Night” is my favorite of the bunch”.

Oliver’s style has perfectly complemented with this track, it’s like he has been thinking about producing this remix since the first time he listened to it because every synth, as much as tropical or classic, has supremely merged with Chromeo’s effervescent electrofunk. What he did is formidable, just think about it! He has managed to decrease the right amount of tempo in order to impeccably introduce his characteristic disco vibes: creating an incredibly danceable funk bomb which definitely has the “O.N. Touch”.

Oliver Nelson is on his way to be a nominee for 2014 Master Chef and, maybe, he’ll disclose us which is his secret ingredient in the upcoming interview with him that we’ll bring to you! 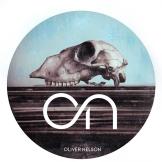 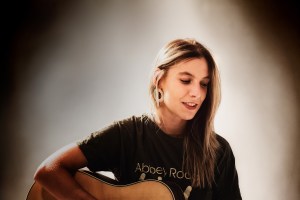 I discovered Paul Gilmore when I came across one of his first works, more than a year ago. Afterwards, I listened to the remixes...
The Vibe Guide 2012-2014 Privacy Policy
Back to top