I was convinced that Sango had the best EP of 2013 with “North” and that there wasn’t going to be much that could compete with it. I was incorrect, however, when I found out that France-based producer, Stwo, had remixed Sango and SPZRKT’s “Middle Of Things, Beautiful Wife” and posted it on his SoundCloud page a few days ago. I’ve been a Stwo fan a short time, however, I’ve gone through his entire catalog and shared everything to Twitter already. Stwo (pronounced “Stew”), has had an amazing work ethic all through out the past couple of months, with popular remixes of Drake and Cashmere Cat, reaching over 100,000 within a few days. I think we can all agree that Stwo has figured out the secret to making good music.

In particular, Stwo’s “Middle Of Things, Beautiful Wife” remix is beautiful in particular, because the moment the song plays, Stwo’s soft keys resonate and create the stage for a marvelous spectacle. As soon as the drop comes in around the 43-second mark, I found myself instantly head-nodding and grooving to the drums, almost resembling a mix between a softer Trap groove and modern Hip-Hop feel found in most Top 40 Hip-Hop music. Like Sango, Stwo keeps the rhythm with fast-paced hi-hats, a slamming kick drum, and a tight rim shot, that makes the production both simple, yet elegant and classy.

I’m not sure about anyone else, but I instantly found myself feeling euphoric, yet wanted to travel and explore the world, with SPZRKT’s suave vocals, consistently harmonizing various cities across the globe. So whether you’re from London, Paris, New York City, or Sydney, we can all come together and vibe out with these young, talented producers on this globally-themed R&B banger! 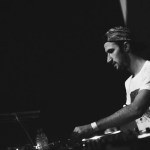 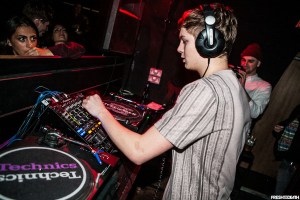 Karma Kid is a British artist, but with tracks like this, he can only get bigger and better. What starts off simple enough...
The Vibe Guide 2012-2014 Privacy Policy
Back to top