Clean Bandit – Rather Be (The Magician Remix)

Well he’s done it again. If you’ve listened to even a couple of The Magician’s tracks, then you know by now that he is one of the remix artist elites. Some of his remixes are simply unforgettable. And I’m happy to announce that here we have another unforgettable remix.

This handsome bearded creator of magic from Belgium will hypnotize you with his high pitched xylophone patterns and have you tapping your foot to each hi-hat before you can say “I’d rather be dancing.” Let this man cast his spell on you and listen to The Magician’s remix of “Rather Be” by Clean Bandit.

Her love of such an assortment of music is what makes it is so easy for her to love the versatile and constantly changing feel of electronic music. She currently gets her favorite vibes from the electronically based sub-genres deep house and nu-disco. 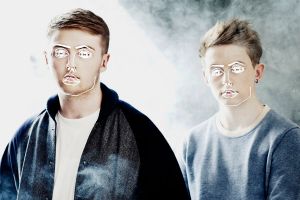