Moullinex – To Be Clear (Zimmer Remix)

Are you ready for a mind blowing Discotexas affair? Parisian nu-disco maestro Zimmer has been called in to deliver a new approach to “To Be Clear”, and deliver he did! Zimmer messed with the original song, which features vocals by Iwona Skwarek, adding piano chords and tropical drum kicks thus creating a nu disco vibe that is almost impossible not to love. This remix has only one flaw, but luckily it can be fixed with the replay button.
Everybody needs a little bit of summer in their winter and this remix is that little slice of summer we already crave for. Any true fan of Zimmer is probably wondering whether this is a horizontal or a vertical disco tune and quite frankly it’s a very close call since it works for both dancing and simply kickin’ back and relaxing to it. But let’s trust the man himself on this one and call it a horizontal disco tune, just the way he tagged it.

It would be a shame not to mention the whole impressive release; “To Be Clear” is the third single from Moullinex‘s highly acclaimed debut album Flora. Apart from the above mentioned remix, Discotexas also called in RAC and Kraak & Smaak for remixing duties. While RAC take it a bit further in the electro-pop camp, Kraak & Smaak go on another direction into the realms of deep house.
“To Be Clear” including the above mentioned remixes is now available on Beatport and iTunes.

You can catch Moullinex on tour, for more info click here. 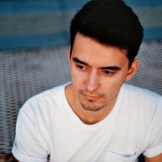