Foster The People – Coming of Age

3 years after Foster The People launched Torches, their first album, they continue driving crowds to craziness, and the multitude which attended to their show at last June’s Firefly Music Festival of Dover wasn’t the exception.

Summer had just begun and sunny days were incessant, however, when their presentation initiated night had already come… But in a trice, a new sun lit up the 30,000 souls who were there: an unknown and affable melody began as Mark Foster started singing about a man who leaves a woman ‘Cause I got nothing to say’: the crowd silenced a few seconds, they literally had ‘nothing to say’… But after that moment, an ocean of excitement covered everyone: the three year waiting for new material was starting to end, rumor that took real strength when their followers realized that Firefly’s appearance was their last scheduled in 2013: a new LP was coming.

Almost seven months later, they announced an open secret: their new album, Supermodel, is going to be launched on March 18th, and in addition, they’ve broadcasted the official video for the charming single they played at Dover: “Coming of Age”, which shows, in time-lapse mode, how Supermodel’s cover art is painted in an enormous mural at LA.

“Coming of Age” fetch their distinctive guitar riffs, submerged vowels and dreamy chorus, but in a more symphonic and less synthetic atmosphere, which includes a smooth piano in song’s interludes, cheerful claps and warm percussion elements we didn’t hear in Torches. The song feels exquisite and it’s very sticky: it’ll take time to expel it from your heads.

But be careful! If you felt that this track wasn’t as synthetic as almost everything we have heard from them, you should prepare for an even bigger change in the rest of their upcoming album: they’ve said that after producing this single they were substantially influenced by their participation in the composition of the orchestral score for Alejandro Monteverde’s film Little Boy, actually, Mark confessed that Supermodel will be “more organic and human because the first record was so electronic an synthetic”.

However, and happily for everyone, with “Coming of Age” they began very well. 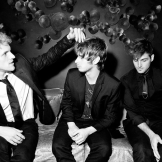 This is golden! Great piece on the article…! 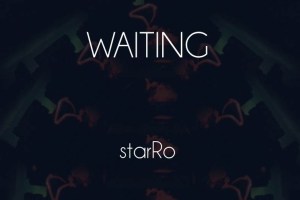 StarRo have created an epic track with fuzzy synths and a vocal sample that haunts the listener throughout the track. The whole...
The Vibe Guide 2012-2014 Privacy Policy
Back to top