“Shame”, directed by Guy Franklin, is the third and latest single released by All The Colours, band where Josh Moriarty -lead vocalist of Miami Horror- acts up. This track surely shows what their forthcoming self-titled debut album will be like, and the most important, it looms the soul of their band: have fun. In this dazzling band, both method and purpose is having fun.

The nostalgic joy and laughter of times where a group of New Zealand kids, influenced by music icons like The Doors and Jimmy Hendrix -as they say-, spent long afternoons having a good time while they played music, has reunited them back after 10 years. They have managed to preserve influences which join them as friends and separate them as artists. Also, this new context of freedom, which they were looking with anxiety, has allowed them to develop a revolutionary style, which Jono Toogood -drummer- calls “Progressive Vintage”.

Fun and blissfulness are also inspiration itself: Josh said that it emerged from watching an interview where a young and bright Michael Jackson couldn’t stop clapping and stamping his feet with rhythm.

“Shame” plays a cheerful, optimistic and vintage based Rock & Roll that shows, in fact, a “progressive” style. However, That’s Nice has carried this great song to a sweeter level, straining the vintage roll vibes and transfiguring them to a much more tropical melody that invokes summer where ever you are. Synths are where they should be and every vocal is wisely accompanied by the sweetness of the piano, which fit perfectly on the gleaming percussion… combination that will impede you to appease your feet as they melt with the bright rhythm, like it happened to Michael Jackson decades ago during an interview.

That’s Nice is talented, he has managed to achieve something difficult: transform a great vintage influenced rock beat to a more tropical one, but just as “progressive”, swapping an elegant dance hall for a more relaxed and sophisticated dance space, above sand and underneath sky. The most important fact is that he has known how to preserve the jovial spirit of these men: fun is almost everything and both sides have it clear… the only one missing is you, so what are you waiting for? Download this jam from That’s Nice’s Soundcloud stream! 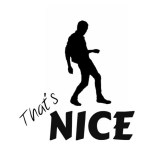 
Tags:  All The Colours That's Nice 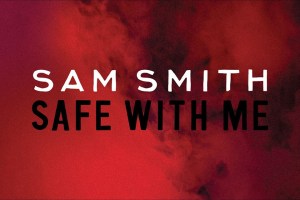 Sam Smith is no stranger to remixes, but in this case, Tourist really does add that special something in this devastatingly...
The Vibe Guide 2012-2014 Privacy Policy
Back to top