Josbi – English as a Second Language

Since the name “Josbi” is still very unknown to many people, I believe it is time to introduce this extremely talented Brazilian wordsmith. After publishing some solo songs and a few feature appearances, the young rapper has now released his new very own 10 track album “English as a Second Language”. Featuring tropical vibes and well produced beats, the perfect musical foundation has been crafted to support the lyrical genius. The carefree spirit and the easy going lifestyle that is reflected in the music, makes it pure joy to listen to the Brazilian’s talent.

The album is a little over half an hour long, but when listening to it, it really doesn’t feel that long. Each song on the album has its very own style. Josbi clearly doesn’t mind taking risks and trying out new things, and it has payed off. Songs like “Will Ferrell” just prove that over and over again.

My personal favourite from the record is “Doing it Right”. The smooth, incredibly chilling beat from Darius & Crayon’s “Alicia” just has that certain flair to it that is perfectly in sync with Josbi’s musical direction. The song also comes with a brand new Music Video worth checking out, which also includes a download link. 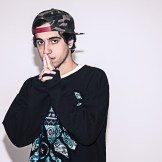 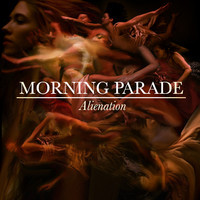 If you are an Indie/Alternative Rock fan and you haven't been totally ignorant and naive in 2012 then the name Morning Parade...
The Vibe Guide 2012-2014 Privacy Policy
Back to top