If you are an Indie/Alternative Rock fan and you haven’t been totally ignorant and naive in 2012 then the name Morning Parade should ring some bells. If that is not the case then today might just be your lucky day. Morning Parade is a quintet from the UK, who have acclaimed quite a reputation for their astonishing self-titled debut album in 2012.

After a year of touring and playing shows with the likes of “The Kooks” or “Biffy Clyro”, the band has released what can be considered a Trailer for their 2014 upcoming 2nd studio album. The 4 Track EP was produced by Ben Allen (Animal Collective, CeeLo Green) and shows that the band has made a leap in the right direction, developing but staying true to their own thing.

It can be quite hard for bands to produce a follow-up to great debut albums, but Morning Parade is different. Their new EP displays that the band has matured and become a lot more confident, developing their unique dancy but ambient and stadium-sized sound even further. The songs sound sharper, angrier and bolder. The EP feels natural and through and through like Morning Parade, from the distant guitar shreds of the opener “Shake the Cage” up to the sharp, strong ending of “Culture Vulture”.

After hearing this genuinely fantastic EP, my anticipation for the new album goes without saying. If the EP really is an indicator for the bands development and future musical direction, I believe Morning Parade is a band really to look out for not only in 2014 but all throughout the next few years. 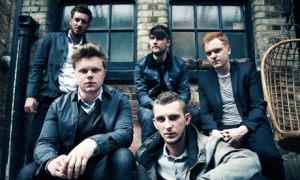 Josbi - English as a Second Language

You share interesting things here. I think that your
page can go viral easily, but you must give it initial boost and i know how to do it, just type in google – omgerido trafic
method 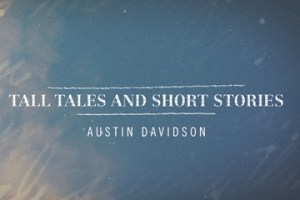 "Tall Tales and Short Stories", the album title perfectly sums up what the 20 year old Austin Davidson stands for. The debut...
The Vibe Guide 2012-2014 Privacy Policy
Back to top