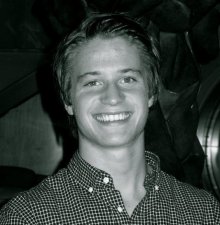 As you may know, we heavily feature Kygo on our YouTube channel and as 2013 progressed, the 22- year old Norwegian had made quite the impression on the electronic music world with his seemingly endless pool of remixes. Laden with uplifting, melodic chimes and glistening chords his production is focussed on using the simpler ingredients to produce warm, ethereal and sometimes tropical outcomes.
Kygo has become a favourite of ours here at The Vibe Guide so as you can expect, we were excited to be given the opportunity to interview him.

What inspired you to start making music and at what age?
I started taking piano lessons when I was 6 years old so that was when it all started. When I was around 15-16, I quit the lessons and started composing my own melodies and songs. I really enjoyed it and continued playing piano and making melodies for a couple of years until I heard about Avicii in 2009/2010. I got so inspired by his simple, yet catchy melodies that I bought Logic Studio and a MIDI keyboard and started to produce electronic music.

So, if it wasn’t music, what did you want to be when you were older?
When I grew up I wanted to be a football-player. I spent a lot of time playing and practising football, but as a teenager my passion for music started to evolve and I started to spend more time playing the piano and listening to music.

Where did you learn your skills from, was it self taught or through education?
As I mentioned, I took piano lessons from the age of 6 – 15, so obviously my piano skills comes from education. But when it comes to Logic Studio and everything that has to do with electronic music production, everything is self-taught. I’ve watched hundreds of tutorials on YouTube on how to use Logic and its different aspects which helped me a lot in the beginning.

Seeing as we have just come out of 2013, what would you say were your top 5 records of the year?
Stolen Dance (FlicFlac Edit) – Milky Chance
Gold (Snakehips Bootleg) – Bondax
Klingande – Jubel
Suit & Tie (Oliver Nelson Remix) – Justin Timberlake
Lemâitre – Cut To Black

If you had the chance to pick anyone, past or present, who would you most want to collaborate with?
That’s a difficult one. There are so many incredible talented artists out there. This past year, I’ve really been inspired by Swedish producer Oliver Nelson and the Norwegian duo Lemâitre, so I’d love to collaborate with them one day.

We’ve spoken a fair bit on your musical background and we’ll come back to that shortly so, other than music, what is your favourite pass time?
That depends on the season. In the summertime in Norway, I love doing water-sports like water-ski and wake boarding and I also play football from time to time. In the winter season, I usually spend a lot of time in the mountains skiing.

What is the coolest thing that you own?
A jet ski.

Under what circumstances would you say you’re the happiest?
I would say I’m happiest when surrounded by good friends on a warm summers day or night drinking some form of alcohol. But, I enjoy making music just as much; I’m really happy with what I’m making [at the moment] – the feeling is indescribable.

Back on music, your Sexual Healing remix racked up an impressive 250,000 listens in a little over 10 days, did you ever think that your music would gain the recognition and impact that it has had?
No, I’ve dreamed about it, but I didn’t think I’d ever reach that amount of plays. When I created my Facebook page in April my most played song had around 2,000 plays and I was hoping to reach 1,000 likes on Facebook by the end of the year. So to get 250,000 plays in 10 days and end 2013 with almost 70 000 likes on Facebook was, and still is, unbelievable for me. It really is a dream come true.

If at all, what impact has this sudden growth of popularity had on your day-to-day life?
I guess my day-to-day life is pretty much the same as before, except for the fact that I get a lot of messages on Facebook from people I don’t know telling me how much they like my music. This is, of course, something I really appreciate and when I have time for it, I always try to reply.

What advice would you give to any aspiring dj/producers out there?
I think one of the most important things is to be patient. You don’t learn how to produce a track as good as what Avicii produces overnight. You have to use a lot of time getting to know the software that you’re using and play around with it. I have been using Logic for over 3 years now and I’m still learning new things almost every day. A valuable piece of advice is to learn how to play an instrument – that’s a really big advantage when you want to start making your own music.

And finally, you’ve had a very busy and successful year making remixes; what have you got planned for 2014? Are there any more Kygo originals in the pipeline?
I’ve been playing around with a lot of melodies lately, so you’ll definitely see an original or two very soon. I guess it’s about time for an original after all these remixes. Other than that, I’ll start doing some live gigs so you should keep an eye out for show announcements on my Facebook page in the future.

Kygo played his first ever show in Paris on the 11th January.

Come to New York if you can! Your music works wonders with the ladies too..

[…] Sink your teeth into this delicious remix and if you want to find out more about him be sure to read our exclusive interview with Kygo here. […]

[…] an interview we did with Kygo  he not only mentioned you as a producer that he would like to collaborate with in the future, but […]

Kygo Interview: Insights into the Mind of a Remixing Ninja

Kygo Interview: Insights into the Mind of a Remixing Ninja | Xcuz Me

Yesterday i spent 300 bucks for platinium roulette system
, i hope that i will earn my first cash online This remix is absolutely irresistible from the first vocal loop to the last. It keeps you on your feet with every twist in its musical...
The Vibe Guide 2012-2014 Privacy Policy
Back to top