‘Luna’ is the second single from Bombay Bicycle Club’s forthcoming fourth album So Long See You Tomorrow, which is released on February 3rd. There is a conspicuous absence of Lucy Rose who was ever present on BBC’s third album – A Different Kind of Fix; However a suitable replacement has been found in Rae Morris, a credible emerging artist in her own right without losing the depth of vocal found on their last LP. The track opens with the sound of an Indian tabla sample that, lead singer, Jack Steadman cited as has inspiration behind the track, it follows a traditional fast indie sound which is familiar territory and shows signs of the dancehall record which Jack Steadman had originally intended the track to be.  The track is further promise of the maturing sound that  Bombay Bicycle club have seamlessly achieved from their first album back in 2009.

The Official Video was created by BAFTA winning director Anna Ginsburg who also featured in the “directors cut” of preceding single ‘Carry Me’, featuring the refreshingly different aesthetics of Aquabatix. 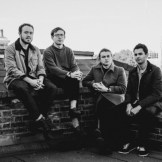 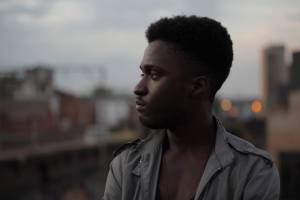 Kwabs is a London based singer and with a SOHN collaboration already under his belt, he is only set to get bigger and better. His...
The Vibe Guide 2012-2014 Privacy Policy
Back to top